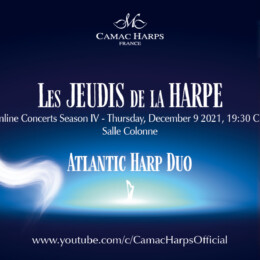 This Thursday – December 9th, 2021 at 19:30 CET – join us for our online performance as part of “Les Jeudis de la Harpe” concert series hosted by Camac Harps. The concert will be broadcast from the Salle Colonne in Paris, right to your living room. The program for the evening: Ravel – Mother Goose Suite C. Lizotte – Raga C. Lizotte – Stellae Saltantem This is a unique opportunity...

We’re excited to announce that our arrangement of Ravel’s “Mother Goose” suite for two harps has finally been published and is now available right here on our website. This is the latest in a growing collection of arrangements authored by the Atlantic Harp Duo, all of which have been adapted faithfully from their original works while also tailored to the unique setting of...

This October, brought our storytelling show “Fables, Myths, and Fairy Tales” to audiences in Michigan and Illinois, where we also be celebrated the launch of our album “Ariadne Rediviva”. It was a fully packed week, with seven concerts in just six days. But it felt good to be back on the road together again, after both having taken time off to grow our families! Kicking...

Recording this week has been a dream come true. Perhaps the most idyllic environment we’ve ever had the opportunity to work in, Studio Juillaguet, in the southern French countryside – with its isolated location and gorgeous acoustics – has been the perfect place to complete the monumental project of recording Ariadne Rediviva. From the inception of our Ariadne Rediviva program, it has... 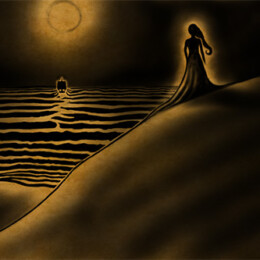 Ariadne Rediviva is now available for booking! Watch the preview video of the show here: 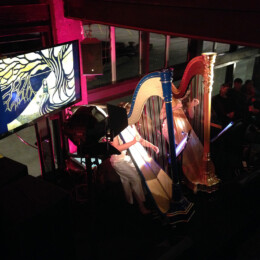 We are just back from this summer’s World Harp Congress, where we gave the world premier of our new show, Ariadne Rediviva. There was certainly a long build-up to this moment and a lot of work went into this production, so it was incredibly fulfilling to see it finally brought to life. Ariadne Rediviva has been our entrance, as a duo, into a new genre of stage performance, where extra... 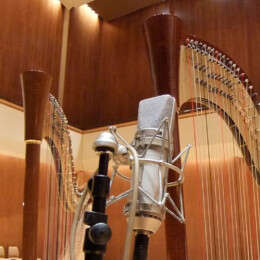 The Atlantic Harp Duo is looking for someone to be the “voice of Ariadne”. As the development of Ariadne Rediviva progresses, it will soon be time to record the narration for use in the show, and we need to find the right voice for this role. That’s why we’re reaching out to you, to ask if you would like to be a part of this project. What’s the story? This narration... 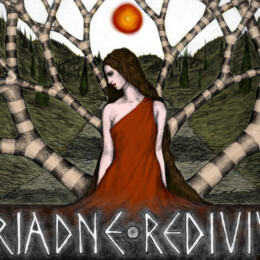 Thank you to everyone who donated to support the development of our upcoming show, Ariadne Rediviva. Over the past month and a half, we received an overwhelming response. An incredible 75 supporters contributed $9,708, out of our ultimate goal of $13,800. Though we still have about $4,000 left to raise to cover our budget, we have already applied to a grant from the Canada Council for the Arts,...